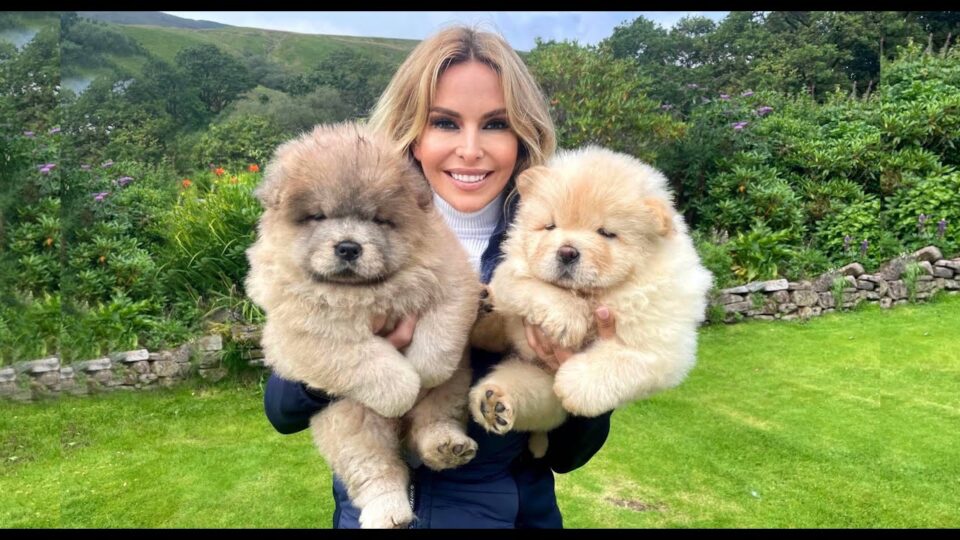 An Arctic-type dog, the Chow Chow is strong, squarely built, and sturdy with hefty bone and excellent muscular development. They were bred for a variety of jobs, and their physique shows their capacity for pulling, herding, and defense. They can have a smooth coat, which is firm and smooth, or a rough coat, which is straight and offstanding. Both coat varieties include woolly undercoats, which offer sufficient protection from the cold.

The breed can be identified by its thick, double coat, which can be either smooth or rough. The neck’s dense fur gives it the appearance of having a mane or ruff. It is a strong dog with a broad cranium and short, triangular, upright ears that are square in shape and have rounded tips.

This breed of dog serves as a guard dog, grazer, hunter, and puller. It is a dog that is very trainable.

One of the oldest breeds, it is said to have originated in China during the Han dynasty (206 BC–220 AD). Genetically, it is quite related to wolves.

The name “chow” is thought to have come from a nineteenth-century English term for commodities from the Orient. Legend has it that one Chinese emperor kept 2,500 pairs of Chows for hunting purposes.

Although it is best if he is reared among the children from an early age and in a home with older children, he can be introduced to younger children and babies. When around young children, never leave your dog alone.

When properly socialized and trained, Chows can get along with other canines and felines, especially if they are exposed to them as puppies. However, they will fight with dogs of the same sex. They work best with canines of the opposite sex.

Its biological makeup is different from that of other breeds, which affects how they process food. These canines, who were previously only given little amounts of meat to eat, have evolved to consume dairy, beans, peas, and vegetables.

Although they don’t have a lot of energy, Chow Chows love to go on walks. They should exercise for 45 to 60 minutes each day, which can be divided up into shorter walks in the morning and longer, more engaging walks in the afternoon.

They can, however, be devoted and obedient dogs if trained and socialized properly.

The Chow requires routine bathing and brushing whether its coat is rough or smooth.

Eyelid entropion, hip dysplasia, elbow dysplasia, allergies, and thyroid dysfunction are possible health problems for Chow Chows. These problems can be identified and treated with veterinary treatment, and they may be reduced through health screening, prudent breeding, and routine health care.

We recommend the following hairstyles based on their physical characteristics and appearance:

They are significantly less expensive to adopt than to purchase from a breeder. The expense of caring for the dog before to adoption is about $300. On the other side, getting a Chow Chow from a breeder can be very pricey. They typically cost between $1,000 and $2,500 depending on the breed.

Usually, they give birth to 4 to 6 pups. The litter size is typically a little bit smaller than that of other canines its size. Puppies don’t show much affection, so it’s important to touch them carefully as they grow to prevent accidental bites.

They demand an owner who recognizes this but won’t let the dog take control because they are fairly independent and aloof. Chows should be socialized with other dogs, people, and situations from the time they are puppies. As a result, kids will be secure and at ease as adults.

Recommended Tattooing Supplies And Why You Need Them

Expert Tips To Care And Maintain Your Garden Pond