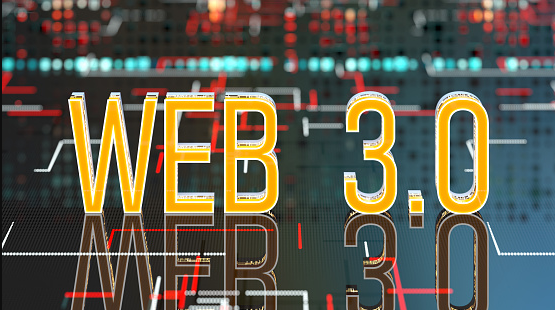 Internet development has advanced considerably from the days of Web 1.0. Web 1.0 and Web 2.0 rely on Hypertext Markup Language (HTML) to determine the structure and delivery of webpages. HTML will still be essential in Web 3.0, but how it interacts with data sources and the locations of those sources may alter.
Almost every website and app built in the Web 2.0 era draws information and functionality from a centralized database. However, apps and services in the Web 3.0 ecosystem use a distributed ledger called the blockchain in place of a centralized database. Blockchain is predicated on the idea of a decentralized consensus rather than a single, all-powerful entity.

Artificial intelligence, the semantic web, and pervasive features may form the foundation of Web 3.0 technology. The ultimate goal of implementing AI is to facilitate the delivery of more timely and pertinent information to consumers. A website using AI should determine which pieces of information a given user will find most relevant and present only those to them. Search results from social bookmarking sites can often be more relevant than those from Google since they contain just those sites that users have voted to include. The results, however, are within the control of humans. Artificial intelligence (AI) could be used to determine the difference between genuine and fake results, producing an effect similar to that of social bookmarking or social media but without the associated negative feedback.

The purpose of the semantic web is to store and organize the material so that a machine can infer its meaning. To rephrase, it would be ideal if a website could interpret user inquiries with the same linguistic sophistication as a human. Artificial intelligence (AI) will also be incorporated into this system; using the semantic web, AI will learn to interpret the data.

What the next generation of the Internet will be all about may be summed up by a handful of key Web 3.0 technologies, some of which include the following:

From a commercial perspective, it is crucial to think about blockchain technology as a type of next-generation business process optimization software. The “cost of trust” between businesses could be reduced significantly using collaborative technologies like blockchain. Therefore, it may offer substantially higher returns on investment than most internal investments.

This is the beginning of the Semantic Web, the next phase in the evolution of the World Wide Web. By facilitating search and analysis based on the ability to understand the meaning of words rather than keywords or numbers, the semantic web improves in-demand online technologies for content creation, sharing, and connection.

Recent years have seen a meteoric rise in interest in machine learning and other main branches of AI. Applications like Apple’s Siri are only possible because of the technological advancements packed into our smartphones. Thanks to NLP, you can now communicate with a smart assistant that can understand and respond to your inquiries (NLP).

The “metaverse” does not refer to a specific technology but rather a cultural shift in how people interact and share information in the modern digital age.

The use of DAOs, or decentralized autonomous organizations, is a robust and safe way to work with like-minded people worldwide. Think of them as a group of people who have always done business on the Internet and run the firm as a cooperative. They have private vaults where funds are stored and cannot be accessed by anybody outside the organization. Decisions are made using a system of voting and suggestions, guaranteeing that all employees have a voice.

Edge computing aims to reduce latency and bandwidth consumption by moving processes closer to the data source. To put it briefly, edge computing moves workloads from the cloud to more localized nodes, such as a user’s personal computer, an Internet of Things device, or an edge server. Reducing the amount of data sent between a client and server over long distances is one of the main goals of edge computing.

Web 3.0 is here, and it’s no longer a pipe dream (at least in many cases). Cognitive technology, such as expert.ai, is what makes this possible. Internet functionality relies heavily on linguistic capabilities. If semantics and NLP are central features, the potential is boundless. Web 3.0’s emphasis on user autonomy will make the Internet a more just place for all users.

Therefore, web 3.0 will expedite the open and honest use of user data in various ways, including customized search results, cross-platform development tools, and 3D visuals. In the not-too-distant future, web content will become more dynamic and immersive.

Watch Cartoon And Anime Series In (Full Hd) Only Wcoforever.

News Reading in the Internet

How to improve Credit Score?

The 10 Best US Presidents Of All Time