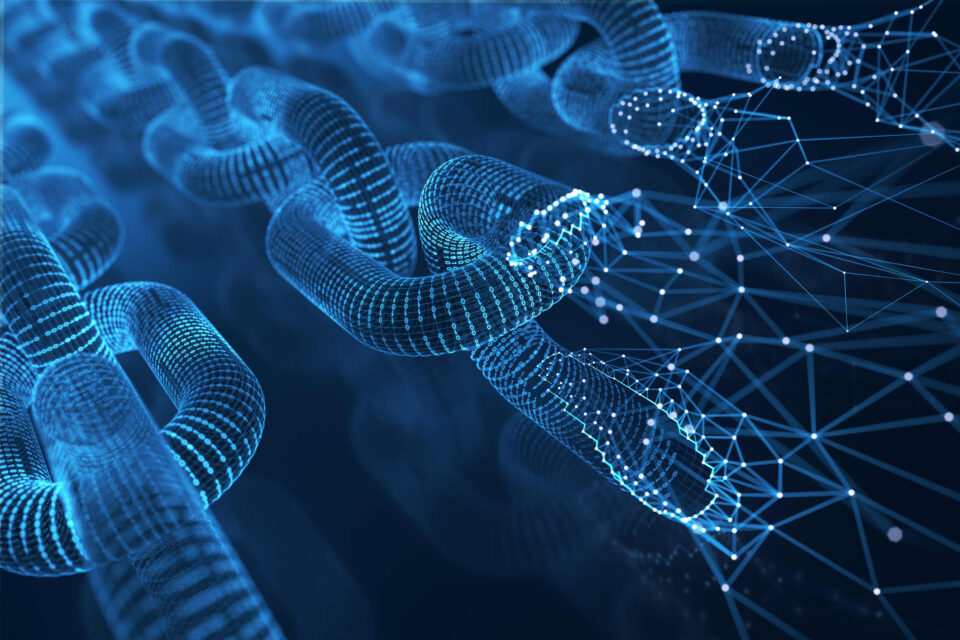 In the future, blockchain will shake up these industries:

Let’s say you use a regular bank to send $100 to a friend. Since the bank is charging you a fee of $10, you’re really only sending her $90. If she is living outside of the country, she will get even less because of transfer rates and other hidden fees. Overall, the process takes a long time, costs a lot of money, and isn’t 100% safe.

Blockchain, on the other hand, changes the way commercial banking works by giving people a way to send money to each other that is safe and doesn’t cost much. Since there is no central government, you don’t have to pay one. That’s so cool! This means that you don’t need a third party to make a transaction with Bitcoin or one of the many other cryptocurrencies. Your transaction with your friend is written down in a ledger that all cryptocurrency users can see and review. This gives you full control over your transaction.

For instance, a cryptocurrency app called Abra lets people send money to each other. With Abra, users can store, send, and receive digital money on their PCs, tablets, or smartphones. A person can get cash out of an Abra teller. Users don’t need a bank account to use it!

As you can see, using cryptocurrencies instead of banks really shakes up the personal finance market and puts it in danger, which is exactly what should happen. Why pay fees and worry about safety if blockchain makes transactions fast, free, and safe?

The biggest threat to our digital world is cyberattacks. Look what happened to our data when Equifax announced in 2017 that 143 billion consumers were affected by a huge data breach. We went crazy. The blockchain can put an end to these nightmares. It can protect our information from unauthorized access and changes.

Since blockchain is a decentralised system, it works best in places where security is very important. Here, all the information stored on a bitcoin or other blockchain network is checked and encrypted using a cryptographic algorithm. This means that there is no SINGLE point of entry for a large-scale attack. Due to peer-to-peer connections, where data can’t be changed or tampered with, it’s also easy to spot malicious data attacks with blockchain. And because it doesn’t have a central authority, blockchain makes it safe and easy to record transactions without letting anyone see private information. Guardtime is a company that uses cybersecurity in this way and does it well. Because of how well it did, we think that other companies will follow suit and shake up this industry even more.

A Blockchain development company can track every step in a supply chain. For example, let’s say you ordered food, got it delivered, and found it to be bad. The owner of the company you ordered it from could check his blockchain ledger to see where in the supply chain the order went wrong to make you unhappy. For example, he can go from the farmer to the producer, to the distributor, to the retailer, and then to you, the buyer. In other words, in supply chain management, blockchain makes sure that all transactions shared by multiple supply chain partners are always clear and verified. All transactions are permanent and can be checked, so it’s easy for the owner or a customer to see each record.

It can be used for any kind of verification, like tracking the path of seafood from the ocean to the market. The Pacific Tuna Project uses blockchain to keep track of fishing information, information about exporting and importing, and information about buying. This stops fishing without a license.

In other words, when you use blockchain to manage the supply chain, you can fish for the information you need and always catch the right answers.

Let’s face it. There are many problems with how health data is stored today. Anyone can see this very private information because it is all kept in files in one place. When someone asks someone else for information about another person, it can take that person hours to find the right file. This can lead to data breaches, theft, or other losses. This is why blockchain technology is so important in this field.

In this case, blockchain technology gets rid of the need for a central authority and makes it easy to get to data quickly. Here, each block is linked to the next block and spread out over the blockchain nodes. This makes it hard for a hacker to change the data. The most important thing is to keep medical file information private, so blockchain technology makes the most sense, right?

Another problem in health care is fake drugs, which can also be stopped with blockchain technology. The problem is that it can be hard to tell the difference between real and fake medicines. Blockchain technology solves this problem by using protocols for supply chain management that make it possible to track where the medicine came from.

Using blockchain technology, United Healthcare has made its medical records more private, secure, and easy to share. Its operations have gotten a lot better because of this. As more health care companies decentralize their operations, we expect them to do the same.

With blockchain, voter fraud can no longer happen.

Most people vote in a traditional way by standing in line or sending in their ballots by mail. Then, a local government must count the votes. In this case, too, online voting is possible, but just like in all the other industries we’ve talked about, there are problems with fraud because a central authority is used.

MiVote is a token-based platform like a digital ballot box that can be used to vote on the blockchain. Voters use their smartphones to cast their ballots, and their votes are recorded in a blockchain ledger. Safe, secure, reliable.

Digital asset registries, where the fast and secure registration of an asset like a car, home, or other property is needed; notary services, where a blockchain record can better verify the seal’s authenticity; and taxes, where blockchain technology can make it easier for faster tax payments, lower rates of tax fraud, and have faster, easier audits.

As you can see, these are five big industries that are already being changed by the blockchain. Here are a few more places where it is becoming more important.

Because blockchain technology doesn’t need a central authority, it will also change the following industries:

With the decentralised system of blockchain technology, insurers can find false claims and stop forgeries.

Blockchain game development services has given businesses and players a new way to play games by letting them use NFTs and cryptocurrencies to buy in-game assets that can be traded for real money. For example, Axie Infinity has millions of players around the world who use cryptocurrencies based on Ethereum. Play to earn platform development games are different from regular games because they let players earn cryptocurrency (or digital currency) by playing them.

When blockchain technology is used in the transportation industry, it makes it easy to track the shipment of goods.

Storj is a blockchain cloud storage system that doesn’t have a central hub. Storj uses blockchain to store data in the cloud and get rid of servers. Storj users can make money by letting other people use their storage space. It is fast and cheap.

Using blockchain technology to transfer real estate speeds up the process and gets rid of the need to exchange money.

It’s clear that Blockchain Technology is the way of the future. Blockchain and cryptocurrencies are having an effect on seven different areas of daily life. There is no way to know what this business, which is growing quickly, will be doing in ten years.

Effortless Ways to Ease Your Customers with Eco Friendly Packaging 

Which Car Is The Most Expensive Of All Time?